Was Spinosaurus, a menacing monster of a dinosaur with the head of a crocodile and a huge spiky sail running down its back, able to swim?

It’s a contentious question that has plagued paleontologists for the better part of a decade. Much of the fossil record suggests Spinosaurus, a theropod (three-toed) dinosaur, lived around water and fed on fish. But when researchers suggested the 50-foot-long Spinosaurus aegyptiacus lived a life aquatic in 2014, they were met with considerable resistance.

Donald Henderson, a paleontologist at Canada’s Royal Tyrrell museum, argued Spinosaurus was top-heavy and could float quite well, but it was unlikely the huge beast would be able to sink and pursue prey underwater.

Now a new study, published in the journal Nature on Wednesday, shows Spinosaurus was definitely more Michael Phelps than Eric the Eel. Thanks to an assortment of new bones discovered in late 2018, researchers have been able to reconstruct the tail of Spinosaurus, solidifying the argument it was a great swimmer, able to maneuver and hunt prey beneath the surface.

“This discovery is the nail in the coffin for the idea that non-avian dinosaurs never invaded the aquatic realm,” said Nazir Ibrahim, first author on the study and National Geographic Explorer, in a press release. Ibrahim has long been an advocate for Spinosaurus’ aquatic abilities, having published the original hypothesis in 2014 suggesting it Spinosaurus wasn’t afraid to get a little wet.

“It probably spent most of its life in the water,” he said.

Ibrahim and his collaborators uncovered new Spinosaurus tail bones from the Kem Kem beds, a fossil site in Morocco which he has recently dubbed “the most dangerous place in the history of planet Earth.” Parts of a Spinosaurus were first uncovered from the beds, near the town of Zrigat, during 2007 and 2008. Between 2015 and 2018, Ibrahim’s team went back, dusting through a wider area of the site. They were able to locate an almost complete set of tail bones belonging to Spinosaurus. These aren’t tiny bones either. Some are up to 12 inches (30 centimers) thick.

The team hypothesized Spinosaurus’ tail would be particularly good at helping it move through water. They compared it to tails of two extinct land-dwelling dinosaurs and two modern-day semi-aquatic species, the Nile crocodile and the crested newt, by creating 2D models they tested in the water.

They discovered Spinosaurus had a tail which generated eight times more thrust than its land-dwelling dinosaur counterparts and was 2.6 times as efficient. The team concludes its tail must have been used to propel it through the water and likely prevented it from rolling over while floating.

“The new fossil evidence … and the clever experimental work on the swimming performance of the tail changes dramatically everything we have ever learned about the theropod dinosaurs as large terrestrial predators,” says John Long, strategic professor in paleontology at Flinders University in Australia. “We now know they were a highly adaptable group.”

Spinosaurus belongs to the family of dinosaurs known as the spinosaurids (literally “spined lizards”) and its family members have been found all across the world, thriving across the Late Jurassic and Early Cretaceous for a period of more than 50 million years. There were many huge beasts lurking in the prehistoric seas, including marine reptiles, but until Spinosaurus’ life in the water was first hypothesized, no dinosaurs had been recognized as swimmers.

The new data is so remarkable it has even tripped up Japanese gaming behemoth Nintendo. In Animal Crossing: New Horizons, recently released for the Nintendo Switch, players are able to dig up fossils and display them in a museum. One such fossil is the Spinosaurus, but players have discovered Nintendo’s version of the “river monster” is already out of date.

But that’s science — our understanding of dinosaurs continues to be rewritten by new fossil finds. The team argue the latest fossil evidence shows dinosaurs had fully invaded the aquatic environment across the globe. Long suggests the new data might see researchers take another look at theropods, like the fearsome Baryonyx, and contemplate whether they were more like Spinosaurus in lifestyle.

Asteroid danger: NASA admits Earth is ‘in shooting gallery’ – ‘Could lay waste to the planet’ 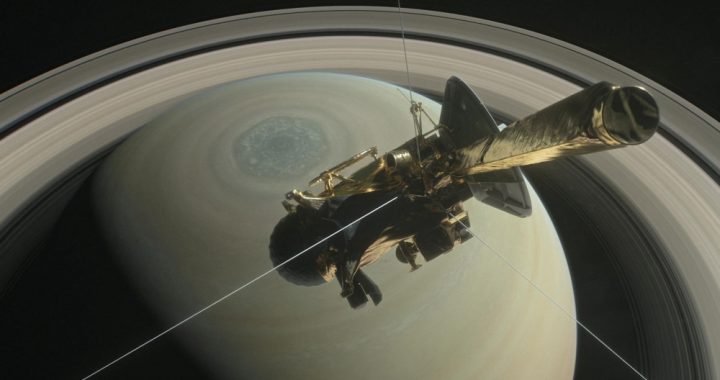